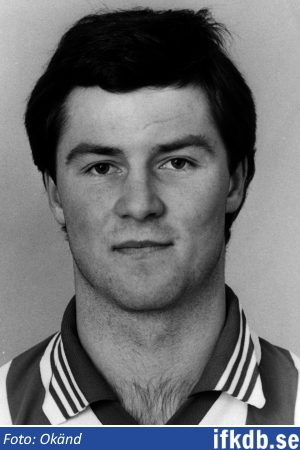 Göran Elovsson was born on April 29, 1958 in Östersund and made his IFK Göteborg debut in the 1980 season, a debut season he shares with Håkan Sandberg. He has spent one single season at IFK Göteborg and has during his career made 1 first team appearance and scored 1 goal.

1 game and 1 goals in the database